A Few Words Before you begin...

Many, perhaps most, of those who come to these pages do so out of their interest in religious exemption from vaccination. Whatever brings you here, you are most welcome. But just a few words might be in order, to make the most out of your visit today and your use of the Affidavit and Demand For Discovery, should you decide to make use of it.

Establishment of Religion has a very serious purpose, a purpose even more urgent than securing the exemption, as crucial as that may be to you at this moment.

What is revealed in these teachings is a way to look at ourselves and others in a much more wholesome light than we have been conditioned to see. We have been taught in our great cultural institutions of government, business, education and even doctrinaire religion that we must overcome others if they hold different perspectives than we do.

In reality, all that is necessary to begin to create a peaceful and prosperous future for all is to learn to forego coercion of others and to refuse to accept it inflicted on ourselves. To give up the nonsensical conceit that we should be allowed to choose the path for another rather than letting them create their own ideal of a life well-lived, to the extent it does not impinge on others.

To employ this affidavit and demand powerfully, you must hold the sincere belief that non-coercion, full disclosure of relevant facts to others that they need as well as to you, and a willingness to allow voluntary association will be your religious practice, through the Establishment of Religion teachings as presented on this website. To come here without that intention is to end before you have begun on this path of self-discovery...because you have already defrauded yourself and accepted a counterfeit semblance of belief.

If you take the time to read the words on this site, and to think deeply about their meaning to YOU in your life, you will begin to sense a powerful, transformational force. That force will be apparent to anyone who may interview you about your use of the materials. Your personal commitment to consistent adherence to the Three Tests in your life will be the best guarantor that your testimony will be seen as truthful, will be powerful in impact and will be effective in convincing others the affidavit accurately reflects the religious values and duties you hold in highest regard.

Best wishes to you,

AFFIDAVIT OF TRUTH REGARDING RELIGIOUS BELIEF AND PRACTICE 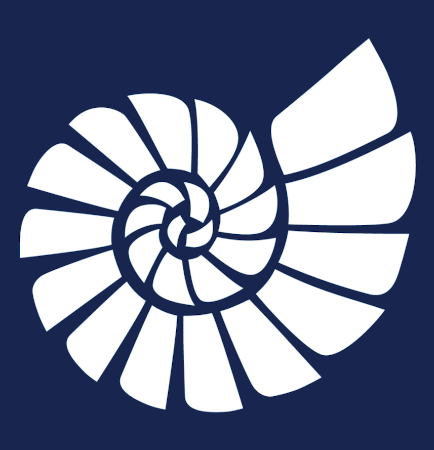 The Body of Believers of
ESTABLISHMENT OF RELIGION℠,

COMES NOW [FULL NAME] under oath and states that the following information is true and correct within  [HIS/HER] personal knowledge and belief. I, [FULL NAME], whose residence is  [ADDRESS, INCLUDING CITY, COUNTY, STATE AND ZIP CODE], swear to the following facts under penalty of perjury.

I hereby assert my constitutionally protected right of association with Establishment of Religion; my sincerely held belief in its teachings and practice, moral compass and efficacy; and further, to assert a notice of requirement to any natural or artificial person to submit clear and convincing evidence of a "reasonable person" standard to justify the infringing of my religious belief through involuntary medical mandates. Such rebuttable evidence must be submitted through the recognized means of discovery as an essential part of my right to fully informed consent to such mandates, both as a due process assertion and an expression of my religious duty, as detailed below.

The principles of Establishment of Religion are expressed in the Three Tests. They are:

Together, they form the core of Establishment of Religion teachings. The First Amendment's Free Exercise Clause, the Fourteenth Amendment's Equal Protection Clause, Title VII of the Civil Rights Act of 1964 and related federal and state religious  rights legislation protects individuals from government interference in the practice of their faith, prohibiting government from targeting laws at specific religious practices or creating an unlawful disparity of impact based on religious practice.

NON-COERCION
Non-coercion is the principle tenet of Establishment of Religion. Non-coercion reflects the practice of harmlessness in all reciprocal relationships. It is a universal constant within the teachings, is universally familiar to almost all religious traditions, and is a duty demanded of all those who claim a sincere belief in these teachings. It is inclusive of both our duty to others as well as their duty to us, and forbids participation in any behavior or action that arises from either party within a coercive exchange, that being an exchange in which one party is disadvantaged by disproportionate influence upon the other.

DISCLOSURE
Fully informed and meaningful disclosure provides the rationale for access to all data substantive in its impact on our, or another person's, decision-making. To express it in simple terms, it is a requirement to be truthful in our dealings with others and to demand truthfulness from others with us, so that a trusting and honest relationship is maintained. To withhold relevant information is dishonest, makes fully informed consent impossible, and is considered to be coercive/harmful in nature within the teachings of Establishment of Religion. Disallowing a believer the opportunity to inquire, and if necessary to challenge, directives makes informed and honest consent impossible. Such denial affecting fundamental rights of bodily integrity is a clear violation of the principles of Establishment of Religion and imposes substantive harm on the practitioner who wishes to observe the duties of his or her religion.

VOLUNTARY ASSOCIATION
Voluntary association is the freely made choice of an individual natural person to be in relationship to a person, organization, institution, ideal, activity or action. Forcing association against the freely given consent of another is coercive and strictly forbidden by Establishment of Religion. While in its most egregious form, that of human slavery, we see the ultimate perversion of the principle of voluntary association, the assumption a believer must accept without question any association imposed by coercion is strictly rejected. Avenues of productive accommodation may be explored and mutually agreeable solutions always are to be a preferred outcome.

There is no restriction within the teachings of Establishment of Religion for any medical procedure that is lawful under civil authority and engaged in voluntarily. While others may have medical, philosophical or personal objections to vaccines or a particular medical practice, my right of exemption is not based on these reasons.

My individual right of freedom of conscience, as enumerated in the Bill of Rights, the Fourteenth Amendment's Equal Protection Clause, Title VII of the Civil Rights Act of 1964 and related federal and state legislation, takes primacy over other collective rights that have not been clearly and convincingly shown as urgent and necessary to an essential public good, realizable only through the curtailing of specific practices of my religion. A narrowly tailored reasonable accommodation to my sincerely held beliefs may be made, reasonable being those actions which treat similar risks of infection, transmission or other deleterious outcomes in vaccinated individuals in comparable ways to any proposed requirements for the unvaccinated and do not entail disparity of impact upon me because of my religious beliefs.

By this Affidavit offered herein under penalty of perjury, I therefore respectfully decline to agree to the present directives.

Note on Affidavit and Notice

Affidavit and Notice in Word format

Affidavit and Notice in ODT format